Roles are intended to function as living, up-to-date job descriptions which gradually evolve as the role holder and organization in general learns more about what the responsibilities should entail and how to operationalize them.

By making proactive use of the role functionality, roles and responsibilities are easily redistributable as the organization grows and adapts.

Here's an example of how a role might appear: 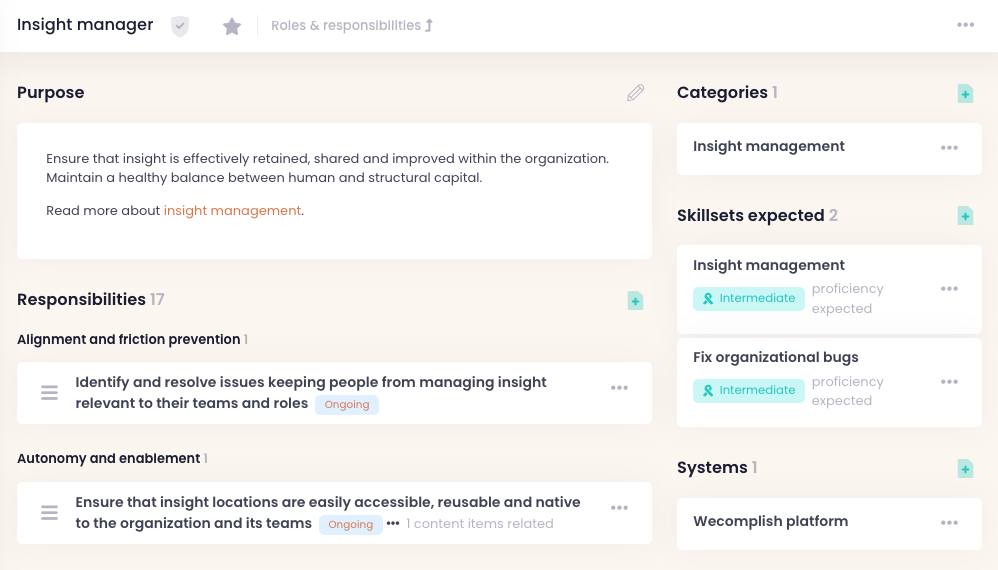